A gold bar found in Mexico once belonged to a mighty ancient empire.

June 30, 1520: A fierce battle breaks out in the capital of a great empire. The Aztec ruler, Montezuma II, is found dead. Aztec warriors chase Spanish invaders from Tenochtitlán (tay-nawch-teet-LAHN), their biggest city.

The fleeing Spanish carry bars of gold and other treasures they stole from the Aztecs. Some soldiers drop the gold as they try to escape through the city’s canals. Weighed down by the loot, others fall into the water and drown. To the Spanish, that night becomes known as La Noche Triste, or “the Sad Night.”

Now, nearly 500 years later, researchers have determined that a gold bar discovered in Mexico was part of the Aztec treasure lost on that historic night.

The Aztecs were a wandering people who settled in what is now central Mexico beginning in the late 13th century. They built a powerful civilization that thrived for about 200 years.

“There were several million Aztecs,” says Michael Smith, an archaeology professor at Arizona State University. “They had a large, complex society.”

Tenochtitlán was the center of the empire. It was set on an island in a lake and had canals for streets.

In 1519, the Aztec Empire was at the peak of its power when conquistadors, or conquerors from Spain, arrived. They were led by Hernán Cortés (ehr-NAN kor-TEZ). Montezuma II was uncertain about the visitors, but he invited them to stay in his palace. The Spaniards weren’t very good guests, however. For one thing, they began stealing Aztec jewelry.

“They wanted gold that they could carry back to Spain,” says Smith. “They had metalworkers melt down a lot of the jewelry and form it into gold bars.”

Soon the relationship grew sour, and the Spanish took Montezuma II prisoner. Historians aren’t sure exactly who killed him on June 30, 1520, but they agree that his death was the beginning of the end of the Aztec Empire. After fleeing Tenochtitlán that night, Cortés and his army returned about a year later. They soon conquered the Aztecs and established a new colony.

Did You Know: The Aztec gold bar measures about 10 inches.

In 1981, a construction worker was digging at the site of a new bank in Mexico City. He pulled something unexpected from the mud: a large gold bar weighing about 4 pounds.

Archaeologists studied the bar, but questions remained about its origin. Now, nearly 40 years later, experts have confirmed that it is stolen Aztec treasure dropped by the fleeing conquistadors.

The bar was found in what had been a canal that Cortés and his soldiers used to escape. Experts analyzed the gold with a special type of X-ray and matched it with other gold Aztec artifacts from that time period.

Smith says the gold bar is the first direct evidence of the events of La Noche Triste—and a connection to one of the great ancient civilizations.

Today, the ruins of the Aztec capital, Tenochtitlán, are buried deep beneath Mexico City.

Use details from the map to describe the area the Aztec Empire covered.

The Aztecs valued gold and used it to create beautiful jewelry. What objects do you treasure most? Create a display for them as if they were in a museum. Write a paragraph about each object that explains why it’s so important to you. Then invite a family member or friend to view your museum display!

Imagine you are a journalist about to interview the Aztec ruler Montezuma II for a newspaper article. What would you like to know about him and the Aztec Empire? What questions do you have about his culture, language, and life? Write at least five questions you would ask. When drafting your questions, keep these tips in mind:

Go on a new-word scavenger hunt! Reread the article and make a list of all the new words you find. Then look up the definitions for them in a dictionary or by using the internet. Create picture cards for each word. Include its meaning, a drawing, and a sentence using the word. Then share the picture cards with a friend or family member. Which words were new to them?

VIDEO
What You Need to Know About the Aztec Empire

Watch a video to learn more about the Aztecs.

After watching the video, think about what the city of Tenochtitlán was like. Design a boat that you would use to get to different parts of the city. What would it be made of? How would it be decorated? Make a drawing of your boat. Label any parts that would have a specific purpose or special feature. 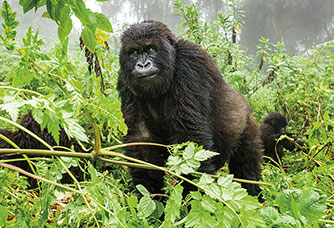 This article was written by Natalie Smith for Scholastic News magazine.