Your Brain on Games

Learn about how video games can affect your brain.

After school, 8-year-old Griffin Higdon can usually be found playing video games. One of his favorite games is Minecraft. He and his friends from school meet up in the game’s online world and work together to build castles. “We plan out what we want to build during recess,” Griffin says.

Griffin isn’t alone in his love of video games. In the U.S., about 64 million kids between the ages of 2 and 17 play them. That’s 97 percent of kids in the country!

But since video games became popular in the 1980s, many adults have worried about how they affect young players. Over the years, scientists have researched what happens inside a person’s brain when he or she plays video games. What they have learned might surprise you!

Your brain is involved in everything you do, from walking to class to talking with friends to playing video games. Different parts of your brain control different actions.

When you’re playing a video game, you’re using areas of your cerebrum, the part of your brain that solves problems. It receives information from your eyes about what’s happening on the screen. Your brain then sends messages to your spinal cord. This tube-like structure directs the signals through bundles of fibers called nerves to your hand. You press a button, causing your game character to move. All this happens in less than a second (see Inside the Gamer’s Brain).

Inside the Gamer’s Brain

Your brain is busy when you play video games. Here’s how it works together with your body to help you beat the final level.

Think: What other senses might a person use to play video games?

Pressing a button is an example of a motor skill. Playing video games can strengthen motor skills, memory, and other skills. That’s because when you repeat an action, messages travel along the same pathways in your brain over and over again. Over time, the paths become stronger and the action gets easier.

Because video games are repetitive, they can help people learn all kinds of skills, says Matthew Barr. He’s a video game researcher at the University of Glasgow in Scotland. Barr studies how multiplayer video games can help improve teamwork. “If characters have different abilities, one player can’t do everything,” says Barr. “That promotes cooperation.”

Competitive video game playing, or esports, is growing in popularity.

Part of the fun of video games comes from the sense of accomplishment you feel when you reach a goal. That’s caused by a chemical produced in your brain. It’s a great feeling! But it can keep people playing the games for hours on end.

That can be a problem. Doctors recommend that kids spend less than two hours a day using screens, such as phones, tablets, and computers. Playing video games for longer can cut into time kids should spend doing physical activities that keep their bodies healthy.

Some video games are designed to help kids with injuries or disabilities improve motor skills.

Rachel Kowert is a psychologist who studies video games. She says that when kids seriously struggle to put down the controller, it could be a sign of a mental health concern, such as depression. In that case, taking away video games won’t solve the problem, she says. It’s more important to understand what causes kids to play for too long. Talking to a doctor or therapist could help too.

Kowert has another concern about video games: bullying. Today, most games are connected online. This setting makes it easy for kids to pick on others. That’s why it’s important to only play with people you know and trust in real life, says Kowert. And if you see someone behaving badly online, block the person and let an adult know.

Follow these guidelines to stay safe and healthy while gaming.

Minecraft is the world’s most popular video game, with more than 170 million copies sold.

If gamers follow certain guidelines (see Smart Playing), most experts agree, video games can have many benefits—including social ones. “Games can strengthen relationships because they’re a shared activity,” says Kowert.

Today, designers are making video games for purposes beyond entertainment. Physical therapists are using games to help build patients’ strength and balance. Other games are being used in classrooms. Barr is excited by the good games can do. “Hopefully the potential of video games will be recognized more and more,” he says.

Design, program, and play your own computer game!

Video game designers can create games, like Minecraft, by writing a special code that tells the computer what to do. Use the game above to design and play your own fun computer game! Be sure to create different maze scenarios and choose other difficulty levels! When you’re done, think about this: Did you face any challenges while programming the commands in your game? If so, how did you overcome those challenges?

Many people use electronic devices to learn, to play video games, to watch TV, and to connect with loved ones. What about you? Track how much time you spend using devices with screens—like smartphones, laptops, and TVs—for one day. Each time you use a device, write down the start time and the type of device. When you’re done, record your end time. At the end of the day, analyze your data by answering these questions: 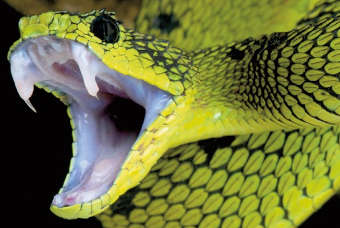 This article was written by Jennifer Hackett for SuperScience magazine.