The History of the Trampoline

It all began with a whimsical idea: Bouncing could be a lot of fun.

It was 1930, and 16-year-old George Nissen was at the circus, watching a trapeze show. But Nissen wasn’t staring at the trapeze artists, who were flipping and twisting high up in the air. His eyes were glued to the safety net stretched out below them. At the end of each routine, the trapeze artists would let themselves fall into the net, which caught them like a springy mitt and sent them back up into the air.

And in that instant, the idea for the trampoline was born.

Trampolining is now an Olympic sport.

Nissen went home and began to work on a new invention. He took a sheet of canvas and stretched it across a frame made of steel. At first he called the contraption “the bouncing rig.” But a few years later he came up with a far better name—trampoline, from the Spanish word for diving board.

Nissen worked hard to improve his creation. A gymnast himself, he performed demonstrations around the world. He started a company to produce and sell trampolines—and made millions of dollars.

Trampolines sprouted up all over America—in backyards, in public “bounce centers,” even at some gas stations, where road-weary kids could spring up and down while their parents filled their gas tanks. The U.S. military used them to train pilots and parachutists.

There was no denying the thrill of vaulting into the air. But there was—and still is—a major problem with trampolines: They are dangerous. Every year, thousands of bouncers are injured, some seriously.

But Nissen never lost his passion for his apparatus. In 2000, one of his dreams came true: Trampolining became an Olympic sport.

So the next time you leap on a trampoline, be careful. And thank George Nissen for the thrill of flying through the air.

Then add your favorite toy to your guide! Share your work with your friends and family to see what they think!

VIDEO
The Toys We Treasure

Watch a video about the history of toys.

After watching the video, think about how toys, like trampolines and dolls, have changed over time. Pick one toy you like to play with. What changes would you make to this toy to improve it? Are you going to make it more fun, safer, or something else? Draw a new-and-improved version of your toy. Add labels to describe your changes. Then share your drawing with a family member or friend. Describe to them how you changed the toy to make it even better! What would they suggest as possible changes? 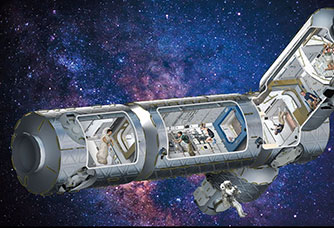