In 1858, London had a big, smelly problem: Its largest river was overflowing with poop.

Let’s journey to the city of London, England, in the summer of 1858. Horse-drawn carriages clip-clop through the streets. Ladies wearing giant, tentlike skirts glide past shop windows. Kids stand on street corners, selling newspapers and cigars and fried fish.

But you don’t notice any of that. All you can think about is the overpowering, stomach-turning, eye-watering smell of poop.

As you will soon discover, the entire city is caught in the grip of a stinky crisis. For years, Londoners have been dumping human waste into the Thames [TEMZ], the great river that rushes through the city. Now, London is suffering the hottest summer in recent history. The steaming heat is cooking the filthy river into a bubbling, foul-smelling stew. Newspapers are calling this crisis “the Great Stink.”

The problem isn’t merely gross. It’s also deadly. Over the past 50 years, tens of thousands of people have died from drinking the polluted water of the River Thames. Can the Great Stink force the city to clean up the Thames before thousands more are sickened?

A River of Death

This cartoon drawn during the Great Stink captures the public’s fear of cholera. It depicts the Thames as the River Styx. In Greek mythology, the Styx divided the world of the living from the world of the dead.

The Problem of Poop

For as long as humans have walked the earth, figuring out what to do with human waste has been one of our greatest challenges. In ancient South Asian cities, clay pipes and brick channels carried waste away from homes. An intricate web of stone sewers lay underneath the ancient city of Rome to take waste out of the city.

Until the early 1800s, London’s system for dealing with waste was fairly simple. Most homes had a bathroom. People did their business on a wooden box with a hole that sat above an underground pit called a cesspool. These cesspools were usually 6 feet deep and 4 feet wide. When they were full, a “night soil man” would shovel out the waste and sell it to farmers to use as fertilizer. (Poop was known as night soil because it was carted away in the middle of the night, when the powerful odor wouldn’t disturb people.)

But in the 19th century, London—and all of England—was changing. Thousands were leaving their farms to work at factories in cities. Between 1800 and 1850, London’s population more than doubled. By the middle of the century, London was the biggest city in the world, with 2 million people.

Soon there was too much night soil to collect and not enough farmers to buy it. More and more people were forced to empty their cesspools into the city’s creaky old sewers. The sewers, however, were never designed for human waste—they were built to drain rainwater into the Thames to prevent flooding.

To make matters worse, a dazzling new invention was becoming increasingly popular: the flush toilet. Waste could now be magically washed away with the pull of a chain. But because toilets used a lot of water, they caused the cesspools to overflow. To avoid a goopy mess, people began connecting their toilets directly to the sewers—and therefore to the river.

Overloaded with human waste, the Thames grew thick, brown, and foul. Over time, the smell became a stench, and the stench became a reek. And then, in the scorching summer of 1858, it became a crisis.

A Whiff on the Wind

Londoners back then were no strangers to filth. Soot from factories blackened the air. Mountains of dung from thousands of horses choked the streets. Families crammed into tiny apartments thick with the smell of sweat. And everywhere was garbage: broken dishes, rotting food, animal bones.

Still, the Great Stink of 1858 was an odor more putrid than the city had ever experienced. Londoners fainted in the streets. People miles away threw up after catching a whiff on the wind. Government leaders, who worked in a building beside the Thames, were seen fleeing with tears streaming from their eyes.

Londoners weren’t just disgusted by the stink—they were terrified. At the time, it was widely believed that diseases spread through miasma: dirty, smelly air. And the most feared disease of all? Cholera, a violent stomach sickness that could kill a person within 24 hours. London had already suffered three major cholera epidemics. More than 30,000 people had died. Londoners worried that the Great Stink would unleash a new wave of death across the city.

What few people in 1858 understood was that it wasn’t the smell of the river that was deadly; it was the water. Poop is crawling with germs that can cause dozens of diseases, including cholera. The poop-filled Thames was London’s main source of drinking water. People had essentially been gulping down poison.

Something Had to Be Done

Even if government leaders didn’t understand exactly why the Great Stink was dangerous, they knew something had to be done—fast. With handkerchiefs pressed to their noses, they quickly passed a law mandating the construction of a new sewer system. The sewers would run underground alongside the river rather than into it, carrying waste out of the city and away from where people lived.

It took thousands of workers, 318 million bricks, 670,000 cubic meters of concrete, and what would be $6 billion in today’s money to construct London’s new sewer system. The system officially opened in 1865.

Soon, the Thames was poop-free once again.

When London’s new sewer system opened in 1865, it was considered a technological marvel. It was designed to prevent human waste from flowing into the River Thames.

London’s new sewer system inspired similar projects in cities around the world, including in U.S. cities like New York. Many parts of those systems are still being used today, more than a century later. Over the years, however, these antique sewers have started to fall apart. Since the 1800s, many city populations have continued to multiply. Climate change is triggering heavier storms that overload pipes with rainwater.

Under these pressures, the original sewers—once a dazzling modern wonder—have begun to leak, break, clog, and overflow. In some places, waste has been oozing into the drinking water supply.

Many experts say we may be approaching a new sewage crisis. If we don’t take action, we could soon be holding our noses through the Great Stink Part 2.

This hunk of yuck is called a fatberg. Fatbergs are a problem in cities with older sewer systems. When cooking oil and grease are poured down the drain, they end up in sewers, where they harden into fat. These sticky blobs trap up all kinds of stuff: baby wipes, cotton balls, food scraps- stuff that should be recycled or placed in the trash, not flushed. If a fatberg gets big enough, it clogs pipes and causes sewage to overflow.

Imagine that you’re living in London in 1858. Write a letter to a friend explaining what the city is like. Use sensory details from the article to describe what you see, hear, feel, and of course, smell. Sensory details are words or sentences that describe something you can detect using your senses. They will help your friend feel like they were there with you! Make sure to end your letter with a closing like “Sincerely,” or “Hope to hear from you soon!” and then sign your name.

SLIDESHOW
Toilets of the Future

Learn about three inventions that get rid of human waste without using water.

In the U.S., most of us probably don’t think much about toilets. We do our business, we flush, we wash our hands! But millions of people around the world don’t have a way to safely get rid of human waste. Check out the slideshow above to learn about three innovative toilets that don’t use water. Could one of these toilets be the solution to today’s sanitation challenges? Then use what you learned in the story and the slideshow to design your dream toilet! Draw your design, label its parts, and explain how it works in a few sentences.

Think about how sanitation workers, like janitors, trash collectors, and street sweepers, help keep your community safe and clean. Write a thank-you note to let them know that you appreciate their work. Create a card with construction paper or a blank sheet of paper. Remember to include a drawing on the front. Then ask an adult in your family to help you mail it or find a worker to give it to.

Play a fun science game about cleaning up pollution.

Today, our waterways are also plagued by another type of pollution: trash! Play the game above to catch as many pieces of trash as possible from a river. How many items did you collect? How many did you miss? Challenge a friend or family member to play the game. Who was able to collect more trash? 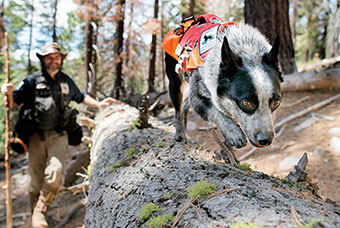 This article was written by Allison Friedman for Storyworks magazine.