Should This Lion Cub Be in a Zoo?

Three fuzzy lion cubs roll around in the high grass. They playfully paw at each other while their mother rests in the shade nearby. The area might be mistaken for the plains of Africa. Well, except for the giggling children waving at the animals through a glass wall while their parents snap photos. You guessed it—these lions are in a zoo.

For decades, zoo animals were often kept in tiny cages with concrete floors. But in recent years, many zoos have spent millions of dollars to build bigger, more open enclosures that resemble the animals’ natural habitats.

Despite these improvements, critics of zoos say there’s nothing natural about keeping animals locked up for our entertainment. They argue that the animals belong in the wild.

Here are two views about zoos.

How does this bear cage from the early 1970s compare to zoo enclosures today?

Yes! Zoos teach us about animals.

Zoos teach us about animals. Today, zoos are more popular than ever. More than 185 million people visited U.S. zoos last year. For most people, going to a zoo is their only chance to see wild animals up close.

“Most people won’t have the opportunity to travel to Asia or Africa to see orangutans or elephants,” says Rob Vernon. He works for the Association of Zoos and Aquariums (AZA), which makes sure zoos meet high standards of animal care.

But zoos aren’t just places to see animals. The best zoos also educate visitors about dangers animals face in the wild, such as habitat loss and illegal hunting. Also, some of the money zoo visitors spend on tickets and memberships goes toward protecting animals in the wild. Zoos spend roughly $230 million a year on animal conservation, according to the AZA.

No! Zoos can’t compare to the wild.

Critics argue that even the biggest zoo enclosures don’t provide the same amount of space an animal has in its natural habitat. For example, wild polar bears might walk or swim hundreds of miles a day. In zoos, they often live in an area about the size of a school gym.

Many animals also need more company. In the wild, elephants live in large close-knit family groups. But in zoos, they often live in pairs—or alone. More than 25 U.S. zoos have decided to change that. They have sent their elephants to sanctuaries, where the animals live in larger groups with more room to roam.

Life in captivity can be difficult for large animals. Many show signs of being lonely, bored, and unhappy.

“When you see a tiger pacing back and forth, that is a very stressed tiger,” says Lori Marino, a scientist who studies animal behavior.

What’s the main reason zoos exist? That’s what more than 1,000 Americans were asked in a recent survey. Which answer do you most agree with?

Note: Figures do not add up to 100 percent due to rounding. Sources: Statista; YouGov

Continue the Learning Journey
VIDEO
What to Do About Zoos

Watch a video to discover the long history of zoos.

Watch the video "What to Do About Zoos." Then ask your friends and family if they think animals should be kept in zoos. Make a T-chart to tally your results. Have a discussion about why they voted the way they did. Here are some discussion starters:

Turn your poll results into a bar graph.

Design a poster that shows your opinion about zoos. Use illustrations and photos to make your poster pop. You may want to include a graph to display the results of your poll. Learn how to make a bar graph in the slideshow above.

Write to a local zoo to share your opinion about zoos, as well as any questions or concerns you may have. Here are a few sample questions to get you started: 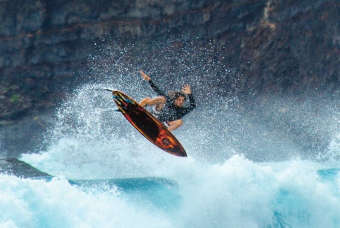 Surf's Up for
Science

This article was written by Jennifer Li Shotz and Laura Anastasia for Scholastic News 5/6 magazine.