How do you decide what music to listen to? If you use a music-streaming service such as Pandora, you use its app to discover new tunes. Listeners can type in an artist they like—say, BTS or Taylor Swift. Then Pandora uses the information to create custom playlists. Each is filled with similar-sounding songs by different artists.

Oscar Celma is a computer scientist and the head of research at Pandora. He helped design the app. His team at Pandora studies data from the app’s users. The team uses the information to predict listeners’ musical preferences and recommend new music.

Celma considers music more than his work—it’s his passion. He started playing the guitar at age 12. Around the same time, he developed a love of computer programming. Programmers write instructions, called code, that tell computers what to do. Celma studied computer science in college. After he graduated, he combined both his interests in his work.

“I built algorithms—sets of rules that a computer uses to solve a problem—for recommending music,” he explains. “I tried to improve the music my program suggested by including songs that weren’t as well-known to users.” This code was the beginning of what he would one day create for Pandora.

Based on which music you choose, Pandora’s app predicts which other artists and genres you might like. Every time you use the app, you send more information for the algorithm to analyze. Celma and his team call these interactions “signals.” For example, if you skip a song, the app knows you didn’t like it. Or if you listen to an album on repeat, the app knows you really enjoy that artist.

“We get more than 1 billion signals each day from all our users,” says Celma. “This personalizes the recommendations based on your interests and your interactions with Pandora.”

Use basic computer code principles to design a game and move a character through it.

You can be a computer programmer! Play the game above to design your own music-themed game. Here are some questions to think about as you play:

Listen to one of your favorite songs with your eyes closed. Think: Why do I like this song? How does this song make me feel? What images or scenes come to my mind as the music plays? Then ask each of your family members about their favorite song and what they like about that tune. Create a playlist with all your best-loved jams and listen to it together. If you'd like, you can create a dance to go with your songs!

VIDEO
Sounds of the Past

Watch a video about the history of music technology, from gramophones to digital streaming.

As you watch the video, take notes on how the ways we play music have changed over time. Then ask an older family member or neighbor to share their experiences with music devices. Here are some questions to investigate:

Music and songs consist of many patterns. You can hear patterns in the lyrics, beats, and rhythms. Listen to one of your favorite songs three times in a row. Each time it plays, listen for the following patterns: 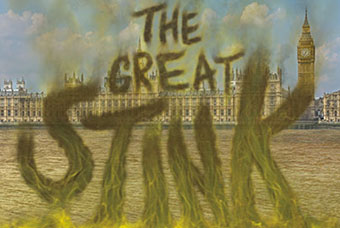 This article was written by Jeanette Ferrara for DynaMath magazine.