Derby the dog is one of many animals that now have a better life thanks to 3-D printing.

For the first year of his life, Derby the dog had an unusual way of getting around. He was born missing the bottoms of both of his front legs. Derby often walked on his elbows. His owners say that hurt the dog when he went on long walks. Other times Derby used a wheeled cart. That made it difficult to play with other dogs, who were afraid of the cart.

Now, Derby is off and running just like other dogs. With the help of a 3-D printer and a caring friend, Derby has new legs—and a whole new life.

Without his 3-D printed legs, Derby sometimes uses a cart to get around.

Derby has Tara Anderson to thank for his new legs. She volunteered for the rescue group that took care of Derby before he was adopted. But Anderson had also spent 10 years working with a technology called 3-D printing.

A 3-D printer isn’t like a regular printer that uses ink to put words or images on paper. Instead, it creates objects that aren’t flat, like toy trucks. Using materials like plastic or metal, a 3-D printer can make almost any object that people design on their computers.

“I thought, ‘Surely I should be able to 3-D print something to help Derby,’” Anderson says.

For months, Anderson designed different types of legs on her computer. She had to make sure the legs were comfortable and easy for Derby to use. Finally she came up with a curved design she thought would work. In November 2014, Anderson shipped the legs to Derby’s owners in Pennsylvania. They tried them on the dog as soon as they arrived.

“He just took off and ran,” says one of Derby’s owners, Sherry Portanova. “So we knew we had a winner.”

Since Anderson’s success with Derby, animal rescue groups all over the world have used 3-D printing. People have created hooves, wings, beaks, and other body parts for injured animals (see “How Freddy Got Her Shell Back,” below).

Before 3-D printing, prosthetic animal limbs were made only by hand. The process could take months, and sometimes the new body part didn’t fit. Plus, the materials used were expensive. But 3-D printing uses inexpensive materials like plastic. A limb can be printed for as little as $50.

3-D printing also makes it easier to create customized limbs. Derby had unique problems. He was used to walking low to the ground, on his elbows. So he needed short legs at first. Plus, Anderson wanted to make sure the legs didn’t get stuck in the ground.

“I could design and print something out in a couple of days,” says Anderson. “If it didn’t work, no time was really lost.”

Anderson is still trying out new designs for Derby. Last year, once Derby had gotten used to the curved legs, she made him a taller pair. She says 3-D printing is sure to give many more animals a better life.

“It’s really a game-changer technology for everyone,” Anderson says.

Continue the Learning Journey
VIDEO
Dream It, Print It!

Take a look at the amazing things that can be created using 3-D printers.

After watching the video, imagine you have access to a 3-D printer. What would you want to print? Decide on an object and create a blueprint, or sketch, of what it looks like. How might your object improve the lives of people or animals? Label your drawing to indicate what each part does. Then show your blueprint to a friend or family member. What do they think of your invention? What suggestions do they have to make it better? Revise your blueprint based on their comments!

Watch the video “Derby the Dog.” Then imagine you’re Derby and write a thank-you note to Tara Anderson. What would Derby tell Tara? Use construction paper to build your card. Make sure to include a nice drawing on the front!

Derby has a better life thanks to technology. How does technology affect your life? Walk around your house and record the first five technology items you see, such as a television, a gaming console, a telephone, or a microwave. Choose one item and challenge yourself to go one day without using it. Then write a paragraph to describe how your life is different without the object. Before writing, think about the following questions: 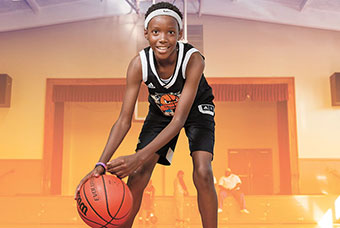 This article was written by Tricia Culligan for Scholastic News magazine.