What’s life like on a space station? Take a tour with astronaut Christina Koch.

The diagram above shows the circled part of the ISS.

On November 2, 2000, a space shuttle carrying three astronauts docked at their temporary home: the International Space Station (ISS). Since then, rotating crews of astronauts have lived on the giant space laboratory for months at a time. In the past 20 years, the ISS has grown from a few small sections, called modules, to a station the size of a football field.

On the ISS, the pull of gravity is much weaker, causing people—and anything that’s not screwed or strapped down—to float. Astronauts on the space station conduct experiments to understand how the low-gravity environment affects their bodies and everything around them. Their research could help future space travelers prepare for much longer missions, such as a trip to Mars.

So what’s it like to live and work more than 200 miles above Earth? We asked astronaut Christina Koch, who knows better than anyone. In February 2020, she returned home after spending 328 consecutive days on the ISS—the longest space mission ever by a woman.

Astronauts on the ISS have completed more than 3,000 research projects. They’ve studied everything from Earth’s weather patterns to how to grow different foods in space.

Because the ISS is basically one big science lab, there’s little separation between where astronauts sleep and where they work.

“Wake up, come out of your bedroom, and, boom, you’re in the workplace,” Koch says.

Koch says it takes time to acclimate to living in near weightlessness. She had to learn to be upside down and get used to feeling like the floor was the ceiling.

“It’s actually a lot of fun, as long as you don’t mind looking silly,” she says.

At bedtime, astronauts zip themselves into sleeping bags strapped to walls or ceilings. Their arms are free to float in front of them—which Koch says can make them look like zombies!

Koch took this space selfie with Earth behind her.

In October 2019, Koch and fellow astronaut Jessica Meir became the first all-female team to conduct a spacewalk. They put on spacesuits that allowed them to breathe in space and then went outside the ISS to install a battery.

“It almost feels like you’re just hanging or falling,” Koch says. “But you’re not—you’re attached to the space station.”

The ISS doesn’t have refrigerators, so most food is freeze-dried and lasts for months. Food would float off plates, so astronauts eat most of their meals from pouches. What about drinks?

“Our urine actually gets turned back into our drinking water!” Koch explains.

Don’t worry. It goes through a special filtration system first.

Astronauts have completed more than 3,000 research projects on the International Space Station. What would you want to research in space? For example, you might want to study the temperature on a planet or the craters of a moon. Write a paragraph describing your study. Here are some questions to help you get started:

Then draw a picture of yourself conducting your research in space!

VIDEO
How to Live in Low Gravity

Take a look inside a space station and learn about life in low gravity.

As you watch the video, think about what you would like and dislike about living in space. Make a list of the pros (positive parts) and the cons (negative parts). Then share your list with a friend or family member. Do they agree or disagree with your thoughts? Find out whether they would like to live in space and what they would bring with them. 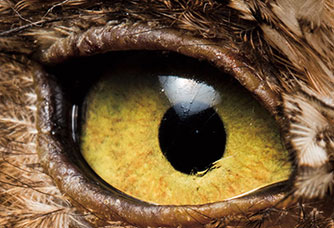 This article was written by Sarah Wells for Scholastic News magazine.