Journey to the Ice Age

Endless winters. Frozen oceans. 20,000 years ago, much of Earth was covered in sheets of ice. We call this time the Great Ice Age. What was it like to live during this frozen time?

ROAR! You’re running for your life.

You sprint across the icy ground. Behind you is a 600-pound monster. It’s a saber-toothed tiger—one of the deadliest animals of the Ice Age. The beast snarls, revealing massive razor-sharp teeth. Don’t look too closely or you might faint. Two of the bladelike fangs are 8 inches long!

The beast charges after you, its claws sinking into the ice. Your heart slams against your chest. The mighty animal crouches, ready to pounce. You brace yourself ...

But wait. Of course, you’re not really in the Ice Age. How could you be? The last major ice age ended about 12,000 years ago. It was called the Great Ice Age.

A World of Ice

Ice ages are long periods of time when Earth’s average temperature drops. The Great Ice Age lasted for more than 2 million years. During its peak, the planet was about 10 degrees colder than it is today. You may not think that’s a big deal. But small changes in Earth’s temperature can cause major changes to the planet.

During the Great Ice Age, lakes and oceans became icy plains. At times, ice sheets called glaciers covered about a third of Earth’s land. This included Canada and much of the northern United States. That means, long ago, the place you call home may have been locked under ice!

It would have been a dangerous time to be alive. Just ask the early humans who lived back then. They took shelter in caves to stay warm. (That’s where the term cavemen comes from!)

Our early relatives painted images onto cave walls. This cave art gives us a snapshot of what life was like back then—a world of endless, icy winters and mega-beasts. Hunters hurled sharpened spears at terrifying monsters. This was the age of elephant-size woolly mammoths and 600-pound woolly rhinos. And don’t forget about that saber-toothed tiger. Aah!

The End of the Ice Age

Don’t worry though. Most of these giant beasts died out when the Great Ice Age ended. Over time, the planet warmed. Glaciers melted, forming lakes and valleys. Forests grew back.

But not everything from the Ice Age disappeared. Some glaciers still remain. And luckily for us, humans survived. As the planet changed, humans and some animals adapted, or changed, with it. And scientists keep finding new clues to learn more about this fascinating frozen time in history.

Continue the Learning Journey
SLIDESHOW
Beasts of the Ice Age

Check out some of the awesome creatures that lived during this time.

After looking at the slideshow, imagine you could transform yourself into a beast or creature—real or invented. What would you be? Make a detailed drawing of the creature. Be sure to label any special characteristics or features.

SLIDESHOW
Be an Author!

Write a first-person story about interacting with one of the Ice Age beasts you just learned about. Pretend you are inside the main character’s head, telling the story and events as seen through their eyes. Check out the slideshow above to help you get started.

Imagine you discovered a magic time machine that could take you forward or back in time! What time and place would you want to visit? Why? Write a paragraph explaining your time machine destination! Here are some questions to help you get started:

What if people in the future read about the current time period? What should they know? What items represent you and the time and place where you live? Gather a few of these items and place them in a small box. This is your time capsule, a container storing objects that represent the present time, buried for discovery in the future. You can bury your time capsule or store it in a hidden place. Ten years from now, you can open your box and see what has changed or stayed the same! 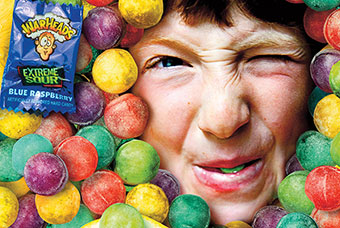 This article was written by Tricia Culligan for Storyworks 3 magazine.