Is It OK to Swim With Manatees?

Here's what two of our readers think.

Every year, hundreds of thousands of people flock to Crystal River, Florida, to swim with manatees. Hundreds of the roly-poly marine mammals spend the winter there munching on sea grass. The Crystal River area is the only place in the U.S. where it’s legal to swim alongside these gentle giants.

But some wildlife protection groups want swimmers to stay out of manatee territory. They argue that these once-endangered creatures migrate to Florida to survive, not to entertain us. They worry that swimmers could disturb the animals, forcing them to leave the safety of their habitat.

But others point out that Florida has strict rules, like no touching or feeding the animals. Swimmers who break those rules can be fined or even arrested.

“Manatees are amazing, and any chance to observe them is special,” says Martine de Wit of the Florida Fish and Wildlife Commission. “But do so from a distance!”

So, is it OK to swim with manatees? Here’s what two of our readers think.

Getting to swim with manatees is a once-in-a-lifetime opportunity. Being up close can give people a new level of respect for these animals. That could encourage them to donate money to conservation groups working to save manatees.

Wildlife officials in Florida wouldn’t allow people to swim with manatees if it weren’t safe. Swimmers just need to follow the rules and not disturb the animals.

Even though manatees are gentle creatures, they’re still wild animals, so we should leave them alone. People splashing and yelling might scare them away from the food they need to survive the winter.

The manatees in Florida are a threatened species, and they need to be protected. We can do our part by not invading their territory. Would you like it if a stranger showed up in your home and stared at you while you ate dinner?

Have you ever been swimming with a marine animal? Would you want to? Think about your opinion on this topic and discuss it with your friends or family. Make a list of the pros and cons of being able to swim alongside a sea creature.

Watch a video to learn more about manatees.

After watching the video, pretend you are a manatee swimming in Crystal River, Florida. Write or record a journal entry describing a day of swimming with humans from a manatee’s perspective. Use facts and details from the video and article to make your entry realistic. Be sure to include the manatee's thoughts and feelings on its human swimming partners! 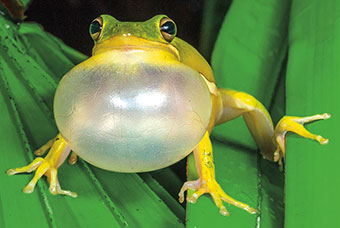 This article was written for Scholastic News magazine.