The seconds on the clock ticked down closer and closer to zero. The score was tied. The crowd was still and silent. Then 12-year-old Christian Collins got the ball. He sprinted down the court and, SWOOSH, tossed in the game-winning shot.

The crowd erupted in cheers. It was March 2019, and Christian’s basketball team had just beaten one of the best teams in the country. They were going to the championship.

But there’s something fans might not have known about the player behind this coup [koo]. He has a serious disease called cystic fibrosis (CF).

CF causes a thick, sticky mucus to build up in Christian’s lungs. The mucus makes it hard to breathe and can cause infections. Running up and down the basketball court, Christian often feels like he is breathing through a straw. “I get tired a lot faster than everyone else,” he says. “That just means I have to work a lot harder.”

To stay healthy, Christian uses an inhaler and a vibrating vest.

Christian takes many steps each day to keep his CF under control. He takes more than a dozen pills. He puts on a vibrating vest that loosens the mucus in his chest. And during basketball games, Christian uses a device called an inhaler. It sprays medicine that helps open up his lungs. Still, he sometimes has trouble catching his breath and needs to take a break.

But although living with CF can be challenging, Christian says it has made him stronger in many ways. “It’s given me a lot of self-confidence,” he explains. “It allows me to tell everybody else that nothing is impossible.”

Christian hopes to one day be the first player with CF in the NBA. And he is already taking steps toward realizing that dream.

After their triumph at the game in March, Christian’s basketball team went on to win the championship. Christian was named one of the top 40 players his age in California—a feat he is especially proud of.

According to Christian, the key to accomplishing your goals is to keep your eyes on the prize. “Never stop working hard,” he says. “And don’t give up just because there’s a challenge you’re facing.”

The story ends with Christian Collins saying “Never stop working hard. And don’t give up just because there’s a challenge you’re facing.” Think about a goal you’d like to set for yourself, like learning how to ride a bike, shooting a 3-point basket, or making yourself breakfast. Follow the prompts below to create a SMART plan for setting and reaching your goal.

Shoot some hoops! Find a soft ball or round item in your home. Then find a basket or container that it would fit into. Practice throwing the ball into your basket from different distances. To make it even more challenging, place the basket at different heights. (Just make sure you’re not near anything that can break!) Challenge a family member to play with you to see who can make the most baskets.

Here’s how to write a friendly letter.

Many children and adults live with serious diseases like cystic fibrosis. They may need to go to the hospital sometimes. Ask an adult in your family to help you research the address of a hospital in your area. Write a friendly letter to a patient in the hospital. Check out the slideshow above to learn how to write your own friendly letter. 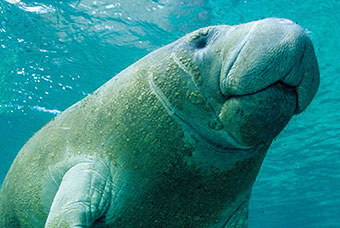 Is It OK to
Swim With Manatees?

This article was written for Storyworks magazine.