Fiction: The Case of the Missing Dog

Caleb Craft is in fifth grade. He’s a detective. Caleb loves math. He also loves mystery! Can you solve this case with him?

It was almost a full day since the Craft family’s yellow Labrador had gone missing. The household was in an uproar. Caleb, his little sister Tanya, and their parents searched the neighborhood on foot and by car. There was no sign of Trixie.

“Trixie has never run away before,” Tanya moaned.

“We need to get the word out,” Caleb announced. “Let’s make some ‘lost dog’ posters.”

Soon after the family got to work, the doorbell rang.

“I’m so sorry about your dog,” said Andy, the teenager who lived next door.

Caleb noticed that Andy had a shopping bag from the local video game store tucked under his arm.

“Yeah! I just bought the new Zelda game. It’s a special edition that comes with a book of artwork from the game.”

“I have some advice for your posters,” said Andy. “When the Simons’ and the Ferraras’ dogs got taken, they offered a reward. $50 to the person who found the pups! They got their dogs back in no time.”

“I mean when they ran off,” said Andy.

“Thanks for your concern, Andy,” said Mrs. Craft. “We’ll see you later.”

“Mom, Trixie is worth millions. We should definitely write that there is a reward on the posters,” said Tanya.

After Andy left, the Crafts argued about how generous their reward for Trixie should be. Then they finished their posters. But by the time they were done, the sun had set. They decided to wait until the next morning to hang the posters around the neighborhood.

The Crafts hadn’t even gotten out of their pajamas the next morning when the doorbell rang. Caleb opened the door, and Trixie bounded into the house. She licked Tanya’s cheek.

The family was so thrilled to see her, they barely noticed Andy following through the open door.

“Look who I found! Now, if you’ll give me my $50, please,” he said, while taking out his wallet. Mrs. Craft reached for her purse.

“Not so fast, Mom!” said Caleb. “Get out your phone instead. Andy is a dognapper. We should call his parents. I bet if he opens his wallet, he’ll have about $30 in it.”

Continue the Learning Journey
SLIDESHOW
Think Like a Detective

Follow these steps to crack the case of the missing dog.

How did Caleb crack the case? Use your math wits to figure out how the Craft family’s dog, Trixie, went missing. Click on the slideshow above to help you solve the mystery!

GAME
Caleb’s Math Mystery: The Case of the Muddy Footprints

Use basic math operations to solve the case of the muddy footprints.

Ready to solve another math mystery? Play the game above to help Caleb and his friend crack the case of the muddy footprints. Who made the big mess?

Be a detective for a day! Invite a family member or friend to move five things in your room to another room in the house. Can you spot the moved objects? Time how long it takes you to find them all!

Here’s how to plan and write your own mystery story.

A mystery is a story that includes a puzzle, secret, or mysterious problem to be solved. Can you write your own mystery story? Use the slideshow above to learn how! When you’re done, share your mystery with a family member or friend. Were they able to crack the case before getting to the end of the story? 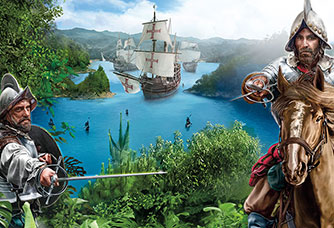 This article was written by Elizabeth Carney for DynaMath magazine.